A special feature of the Pleyel Quartet's sound comes from their specific use of gut strings and selective vibrato creating a limpid and warm tonal transparency. Following on their highly-acclaimed performance of Ignaz Pleyel's Prussian Quartets nos. 7-9 came performances at the Muziek Biennale Lower Rhine, the WDR Festival Tage Alter Musik in Herne, the Lower Austrian Summer Music Festival and as guests of the International Ignaz Joseph Pleyel Society. In 2010 the Pleyel Quartet featured as the opening concert of the Schumannfest in Bonn (Schumannhaus) and were chosen to represent the classical-romantic chamber-music field at the 1st Cologne Festival of Early Music. 2011 saw a performance at the Beethovenfest in Bonn. After recording Pleyel's Prussian Quartets nos. 4-6 in 2009 the group devoted itself to a thorough study of 19th century period performance practices. Louis Spohr and especially Joseph Joachim provided a source of great inspiration in the (re-) discovery and assessment of composers such as Norbert Burgmüller, August Klughardt and Ferdinand Hiller.
It is a particular onus of the Pleyel Quartet in their work that lesser-known composers be brought into performance context with the works of their more famous colleagues, thus adding to the new aural perspectives arising out of each ensemble member's broad experience in historical performance practice. 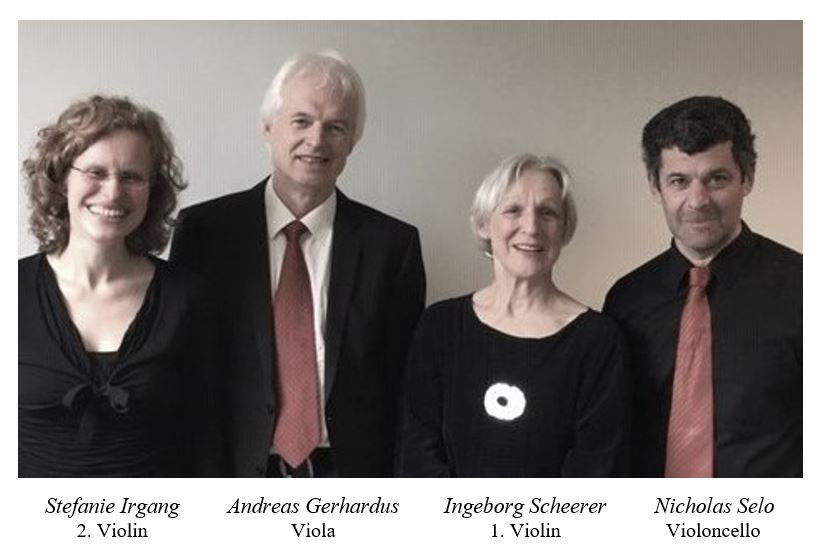 The name itself testifies to the quartet's wish to revive the unrecognized, the unheard of, the forgotten:

Ignaz Pleyel (1757–1831) was one of the most popular composers of his time, when he was just as well known as Haydn and Mozart and to contemporary tastes arguably even more popular than they were. During his lifetime Pleyel's works were issued in some two thousand editions by about two hundred and fifty publishers across fifty cities in Europe and North America. Catalogues listing the works on offer during the years 1787 to 1792 by the publisher F.E. Leuckart shows Pleyel numerically in the lead over other composers with a total of 481 compositions with Haydn featuring 134 and Mozart 83 publications. Today Pleyel is mostly remembered for his pieces for violin beginners and some may also know that one of the Paris' most famous concert halls of the world is called "Salle Pleyel" named after the composer, publisher, piano manufacturer and social entrepreneur.